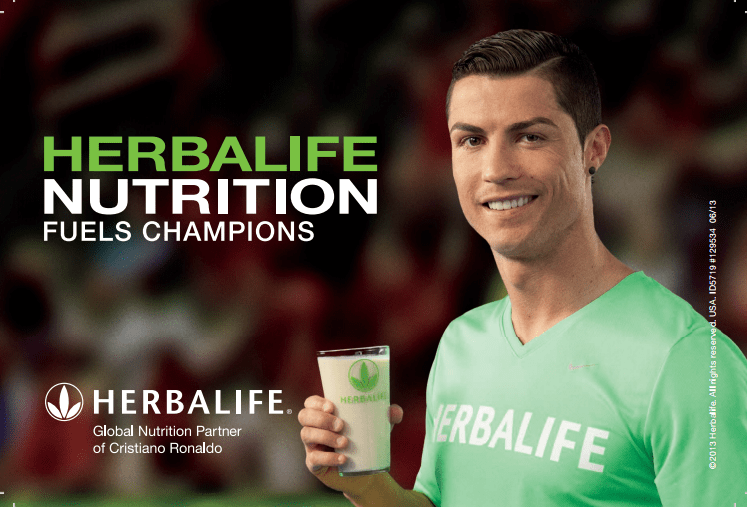 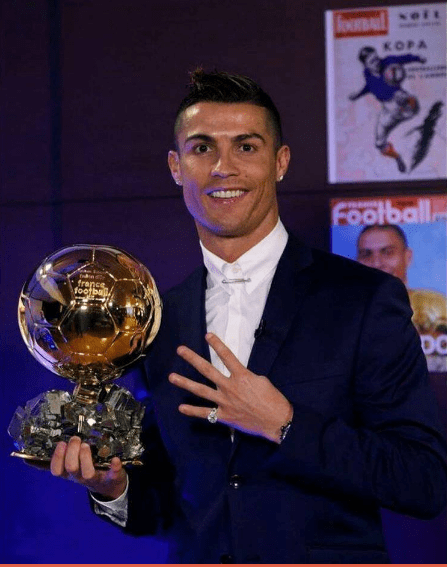 Cristiano Ronaldo beats Lionel Messi to win the 2016 Ballon d’Or for a fourth time. The 31-year-old is now one behind Barcelona’s Messi, who took the honour for a fifth time last year.

The complete 2016 Ballon d’Or placements, as announced by France Football:

The FIFA Ballon d’Or  was an annual association football award presented to the world’s best men’s player from 2010 to 2015. A merger between France Football’s Ballon d’Or and the FIFA World Player of the Year award, it was considered the most prestigious individual honour in world football. The FIFA Ballon d’Or was awarded based on votes from international journalists and national team coaches and captains, who selected the players they deemed to have performed the best in the previous calendar year.

The Portuguese international, who plays his club football for Real Madrid in Spain, is recognized as one of the best players in the world on the pitch, and a global sports icon off the field. Herbalife will work with Ronaldo to develop and optimize his personal nutrition program and provide him with a range of sports nutrition products.

In 2013, professional footballer Cristiano Ronaldo selected Herbalife as his official nutrition partner to help him optimize his nutrition on and off the field.

Ronaldo said: “I believe strongly in the importance of the right nutrition for me as an individual, both on and off the field. I am looking forward to working with Herbalife – a company that shares my passion and brings such expertise and knowledge to the area of sports nutrition.”

“Cristiano Ronaldo is one of the greatest football players in the world, and someone who embodies our philosophy of good nutrition being at the core of a healthy, active life, and a key advantage in the competitive world of professional sports. His passion and belief will undoubtedly translate into tremendous opportunities for Herbalife and our independent distributors,” said chairman and chief executive officer of Herbalife, Michael Johnson. “We love and share his commitment and enthusiasm for this relationship and are excited about the future together.” 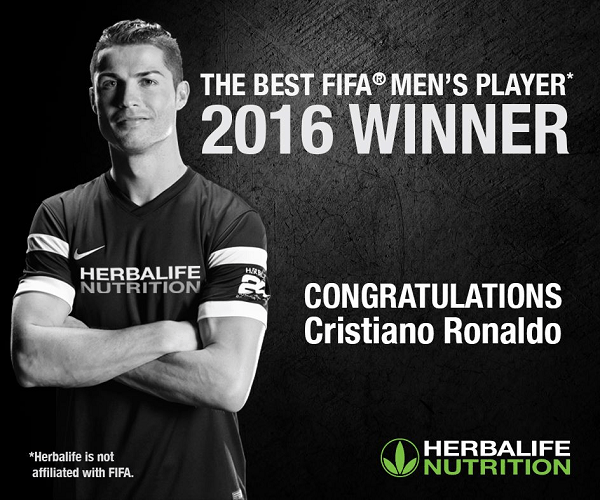 CR7 Drive is a contemporary sports drink, without any artificial flavors or sweeteners. It is light tasting and formulated to provide three components necessary for performance: enhanced hydration, metabolism-supporting...

Endurance Performance WHAT CR7 DRIVE IS: CR7 Drive is a contemporary take on a traditional sports drink, without any artificial flavors or sweeteners, so it isn’t overly sweet. Light tasting and refreshing, it...