Stacy Davis shares his story about becoming a professional basketball player and keeping in shape to perform his best. 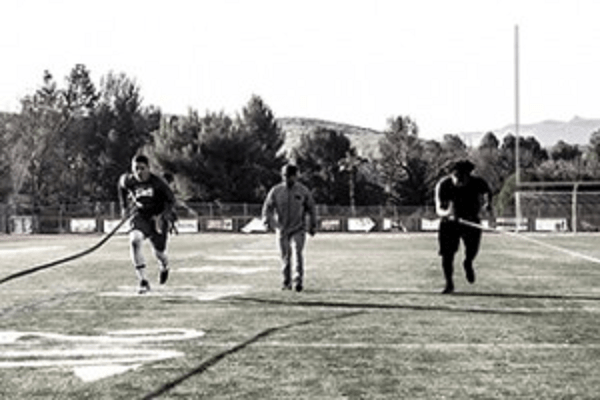 Produced in partnership with ProActive sports performance training facilities. Use this short profile video to inspire athletic or active prospective customers to learn more about Herbalife24.

For 10 years Proactive Sports has become the off-season home for the best athletes from all over the world. Known for our customized programming and unique methods, Proactive Sports is trusted by the pros. With our fully equipped performance center, our training programs are designed for youth and high school athletes, as well as those seeking personalized adult fitness.

Fourteen players. Five weeks. One chance to perform. That’s what it all comes down to at Combine Prep training, designed to prepare elite college football players for the 2015 professional football Scouting Combine.

Herbalife is the Official Nutrition Partner of Proactive Sports Performance, a state-of-the-art institute that offers unparalleled sports performance training and hosts the annual training camp. “This is the biggest test of their football careers, as they prepare to enter the draft,” says Dr. Dana Ryan, Herbalife Manager of Sports Performance and Education. “We do everything we can to help them maximize every single workout they have here.”

The Pro Football Scouting Combine is a vital event for college players on their path to the draft, and the Combine Prep is critical for their success. Over the course of five weeks, Herbalife offers individualized consultations to each athlete, providing them with and teaching them about Herbalife24® products, as well as general nutrition principles. “Our goal is to really help them use nutrition to set them apart from some of the other athletes they’re going up against at the pro football Scouting Combine,” says Dr. Ryan. One of the challenges is that the athletes work out at high intensity and for long durations each day, so they need to consume a large number of calories – some 5,000 or more per day. It’s very difficult to eat that much, so one of the ways Herbalife helps them is by providing easy shake recipes that they can have for breakfast, recovery or anytime to supplement their daily needs. “As a result, when they taper off before they go to the combine, their bodies don’t need these huge amounts of calories because they have been fueling themselves properly,” says Dr. Ryan. “They can go into the event full of energy and fully prepared.”

With more than 300 prospects participating in a quest to achieve their pro football dreams, the competition at the pro football Scouting Combine is fierce. Maxx Williams, a tight end from Minnesota, considers it to be the most important part of his football career thus far, putting him on stage in front of pro coaches and general managers. During his five weeks at Proactive Sports Performance, he’s become aware of the critical impact that knowing what and when to eat can have on his performance. “If we were just out there killing ourselves and not letting ourselves recover, we would never get the gains we need to get better each day,” says Williams. “Herbalife24® products give our bodies the chance to recover and come back for the next day.”

Ryan Capretta, Proactive Sports Performance founder and director, adds that “anytime you talk about an athlete peaking at a very specific event, it has a lot to do with not just how hard they’re going, but also the recovery and regeneration. The Herbalife24® line is nice because it allows us some freedom to work with different types of athletes, really depending on what their specific goals are.” Though preparation for success at the pro football Scouting Combine is the immediate focus, the ultimate goal is greater than that. Instead of having the athletes just take products during their time here, “It’s really about creating nutritional habits that can have an effect on their long-term career,” says Dr. Ryan.

Herbalife strives to help make champions out of athletes by encouraging and inspiring them to take their nutrition and training regimen further. “There are many talented athletes out there on the verge of making a name and career for themselves,” says Dr. Ryan. “We’re thrilled when we can give them that edge to take their game to the next level.”

Many of the 2015 Combine Prep athletes were drafted into the professional football league, including Williams, who received his first catch in a pro game. Also, Tyler Lockett, who in his team’s regular season opener, took a first quarter punt back 57 yards for a score.

Herbalife is proud of Williams, Lockett and all of the Combine Prep athletes who have followed their dreams and found success. 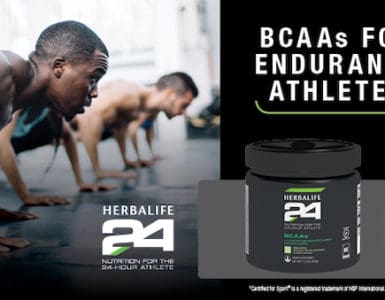 BCAAs for Endurance Athletes. So what are BCAAs exactly?

There is a misconception among many endurance athletes that BCAAs are used primarily for athletes who are interested in building muscle mass. Nothing could be further from the truth. While BCAAs are commonly used to...

What is Herbalife24? Herbalife24 is a comprehensive performance nutrition line empowering athletes 24-hours a day. We have surpassed industry standards of pre-, during- and post-workout nutrition to help you train...

Casein and Whey Protein The whey protein family is highly bioavailable, meaning it is well-absorbed by the body. Because it contains all 20 essential amino acids, whey, like soy, is considered a “complete” protein...

An interview with the accomplished Netherlands swim coach Jacco VerHaeren. From the start of his career he knew he wanted to help athletes to succeed in the demanding sport of swimming. As part of that effort, he knows...